We spotted several bookstores in France - either they were very chic, or in a very old-school-bookstore style. Both types of bookstores looked great :)

Here is a photoblog post on one in Paris:

See the full gallery on posterous

Did you notice the red bookshelves? Also, all the white book covers?

Posted by Deepali at 4:58 PM 0 comments
Email ThisBlogThis!Share to TwitterShare to FacebookShare to Pinterest

I know, it has been the longest gap in posts since I began blogging a month ago.

I am so sorry!

I had a 10 day vacation planned, and like a good blogger, had written three posts in advance scheduled for the first week I was away. I also assumed that I would have some time while travelling between countries to put my macbook to good use and write a few more posts on the books I had carried with me.

My macbook crashed (maybe for good) the third day into the vacation, and I haven't been able to upload my Teaser Tuesday for this week, and the rest of the reviews.

As an apology, I am going to script a photo-blog-post of the smartest looking bookstore I saw in Paris. Soon.

Posted by Deepali at 2:55 PM 0 comments
Email ThisBlogThis!Share to TwitterShare to FacebookShare to Pinterest

How amazing does Sh*t My Dad Says sound?

The book seems hilarious, just from reading the excerpt and browsing through the photos up on amazon:

"Here I am with my dad in his garden, which he adores and whose upkeep he takes very seriously. "It's my first love, besides your mother and horse racing. And you and your brothers, too, I suppose," he’s said."

I can't wait to read this! Have to go to my local bookstore and find a copy to keep.
Have you read the book? Let me know what you think so I can put it on the top of my To Be Read pile.

Posted by Deepali at 8:26 PM 0 comments
Email ThisBlogThis!Share to TwitterShare to FacebookShare to Pinterest 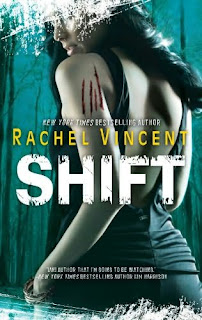 Posted by Deepali at 7:35 PM 2 comments
Email ThisBlogThis!Share to TwitterShare to FacebookShare to Pinterest

A mini-challenge as part of Bloggiesta is to check that your site has a RSS feed.
I have done all the above, but just was not get the RSS feed link in my header! But it looked to me like I was able to get the RSS stream from my browser link area anyway, so I don't think I need to change anything there.
Are you able to get the RSS link to the website?

Posted by Deepali at 10:57 PM 0 comments
Email ThisBlogThis!Share to TwitterShare to FacebookShare to Pinterest

Teaser Tuesdays is a weekly bookish meme, hosted by MizB of Should Be Reading. Anyone can play along! Just do the following:
Grab your current read, Open to a random page, Share two (2) “teaser” sentences from somewhere on that page, avoid Spoilers.
My Teaser is from "Friday Night Bites"

, Book 2 of the Chicagoland Vampire series. Here it is! 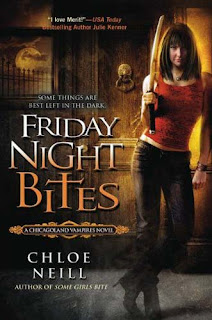 He sheathed the blade, then grabbed two bokken—wooden training swords that roughly echoed the shape and weight of the katanas—and came back again. He spun one bokken in his hand, as if adjusting to its weight. The second, he pointed at me. “Let’s go, Sunshine.”
Please post links to your teasers below, I cant wait to find out what you are reading!

Posted by Deepali at 4:16 AM 27 comments
Email ThisBlogThis!Share to TwitterShare to FacebookShare to Pinterest

Here are some fantasy and urban fantasy releases to keep an eye out for:
June 29th

:
The blurb says "Kitty Norville, Alpha werewolf and host of The Midnight Hour, a radio call-in show, is contacted by a friend at the NIH's Center for the Study of Paranatural Biology. Three Army soldiers recently returned from the war in Afghanistan are being held at Ft. Carson in Colorado Springs.  They're killer werewolves—and post traumatic stress has left them unable to control their shape-shifting and unable to interact with people.  Kitty agrees to see them, hoping to help by bringing them into her pack.   "
July 1st and July 6th

Legacies is a YA novel with Rosemary Edgehill (and their collaboration has yielded good results in the past). The blurb says:
"Who—or what—is stalking the students at Oakhurst Academy?
In the wake of the accident that killed her family, Spirit White is spirited away to Oakhurst Academy, a combination school and orphanage in the middle of Montana. There she learns she is a legacy—not only to the school, which her parents also attended, but to magic."
The Sleeping Beauty

(July 1st release) has this note from the publisher :
"Lackey's fifth fairy tale retelling (after 2008's The Snow Queen) also includes passing nods to "Hansel and Gretel," "The Frog Prince," and "Puss-in-Boots," along with cameo appearances by Brunnhilde and Wotan. Despite plenty of twists and laughs, the plot is surprisingly forgettable, and most of the fun comes from finding all the fairy tale in-jokes peppering the pages."
The books before were a decent read, no heavy thinking required, so I would probably get around to reading this too between grittier tomes.
July 20th

. L.E. Modesitt writes very correct and detailed fantasy novels, I would create a new genre for these books - "Engineering Fantasy". He describes the magic in this world so like an engineer would! Very detailed, clear possibilities and specific costs of usage.

Also on July 20th, is the second book in the YA Fallen series by Thomas Sniegoski, The Fallen 2: Aerie and Reckoning

. Blurb:
"Destined for Heaven or Hell?
Aaron's senior year has been anything but typical. Half-angel and half-human, he has been charged to reunite the Fallen with Heaven. But the leader of the Dark Powers is determined to destroy Aaron—and all hope of angelic reconciliation."
What are you looking forward to?

Posted by Deepali at 7:36 AM 0 comments
Email ThisBlogThis!Share to TwitterShare to FacebookShare to Pinterest

Grade: A
Diana Holquist debuted with Make Me a Match

, where she writes the story of the eldest of 3 sisters in a very dysfunctional family. The sisters are a quarter Gypsy by blood, and the most wild of them, Amy, has the power to hear the name of a person's True Love on physical contact. She has no qualms in playing up this ability, and survives on con games and luck. The eldest sister Cecilia is a repressed doctor, and the youngest has been missing for several years.

Make Me a Match

is such a light-hearted comedy, not a typical romantic book. It has some intrigue, a lot of humor, and really interesting characters.
Sexiest Man Alive

is the story of the youngest sister, who is painfully shy around men. Her inability to have a conversation with a good-looking guy is so funny to read! She also runs out of interviews (which is secretly something I would so have loved to do at some point!) and still manages to run a successful business.
Hungry for More

follows Amy, with the mystical power, as she proceeds to lose her magic, and struggle between choosing True Love or recovering her talent. With a very sexy chef, and plenty of delicious cooking, this book is for the foodie reader.
Many thanks to the talented author Alice of http://www.aliceaudrey.com/ for her intriguing teaser on Teaser Tuesday, which lead to this entertaining find!
What else is there to be said? If you would like to read one of those rare books that are so refreshingly fun to read, and still a good romance novel (a rare find these days), you could pick up a Diana Holquist!

Posted by Deepali at 7:36 AM 0 comments
Email ThisBlogThis!Share to TwitterShare to FacebookShare to Pinterest

is the first book in a four part series about a trio of small Kingdoms.
This is really a trilogy, with the fourth book wrapping up some loose ends and giving us a different point of observation.
I started reading this series over the weekend based on a review by Unshelved, a great site for illustrated recommendations of not-so-famous books.
The review they posted is pretty good, so I am going to direct interested readers there
A snapshot of Gene's review is below -
"Why I picked it up: I’ve never been disappointed with a book in this series. That puts it up there with Llloyd Alexander’s Prydain Chronicles and Ursula K. LeGuin’s Earthsea Books.
Why I finished it: Sophos’ long first person narrative had me a little worried, but by the time the story catches up with the prologue, I needed to see how he handled his new responsibilities. Turner’s novels sneak up on me like that -- the details build in a way that’s not completely obvious to me until I suddenly find that I’m 100% invested in the story and cannot put it down. Each of the other books in the series also has a satisfying twist that I didn’t see coming, and this was no exception. "

For my own review, my favorites of the books wereThe Queen of Attolia

, and The King of Attolia

. The first book served as a very nice prequel to the series and A Conspiracy of Kings

was like a nice dessert cleanser for the palate. The hidden love story of the Queen and the King was just delicious!

Posted by Deepali at 6:19 PM 3 comments
Email ThisBlogThis!Share to TwitterShare to FacebookShare to Pinterest