What did world-famous authors read?

The awesome people at Flavorwire & Legacy Libraries have looked at titles on the bookshelves of author's - so here's how you and I get a glimpse into the books read by some Greats.


Well, here's a peek at the books on the bookshelves of Sylvia Plath, Herman Melville (of Moby-Dick fame, to all teens out there), Mark Twain, Fitzgerald and others! 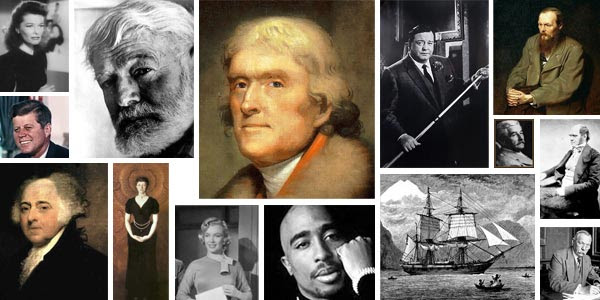 Legacy Libraries is one of the perks of being a LibraryThing member - I personally haven't signed up (YET!) but perhaps if you are a member, you can tell me why its good to join? Goodreads keeps me happy, and I dont want to have yet another time consuming profile/thing-to-monitor.

Posted by Deepali at 7:00 AM 3 comments
Email ThisBlogThis!Share to TwitterShare to FacebookShare to Pinterest

Review: Artemis Fowl - The Lost Colony and The Time Paradox


Why I read them: The 8th and final Artemis Fowl book is coming out July 2012, this seemed a good time to catch up!

The Lost Colony refers to a colony of Demons that have been out of sync with our universe for a thousand years. Artemis is on a race against time to prevent the humans from discovering their existence and hence exterminating them.
Quote from The Lost Colony:


"Sool was the king of red tape. As the dwarfs said, he couldn't make a decision if he was holding a jug of water and his bum-flap was on fire. "

Plus: Artemis meets his nemesis, the young genius Minerva.  Plenty of witty comments and shenanigans occur - very fast paced. The God-names are obvious references to their intellect,
Minus: Her role wasn't wasn't as pivotal as I expected. Seemed like Minerva's story line ran out of steam about halfway through and it all became about Artemis per usual . The book overall wasn't memorable, but ended on a cliffhanger. Recommend that you borrow this novel AND have the next one ready to read!

Posted by Deepali at 2:05 PM 3 comments
Email ThisBlogThis!Share to TwitterShare to FacebookShare to Pinterest


Out of fairness to Firekeeper, he spoke not one word to protect himself from accusations of being too credulous, but spoke as if he believed—as he realized that he did—both that she could understand the wolf and that the wolf could read the winds as humans read print.
When he finished his report, the king said mildly, "Well, that's interesting indeed. I wonder..."


Really Mini Summary:
Reading this for the second time in a row, as I didn't get through it first time. Picks up interest after the first few chapters - when the characters are visiting a foreign country, exploring new customs that involve weird face-painting!


First time visit? Check out photos of most beautiful US public libraries, John Updike's rules for reviews, and a question of whether hardbacks are dying.
Let me know if you follow this blog, I'll follow back!

Teaser Tuesdays is a weekly bookish meme, hosted by MizB of Should Be Reading. Anyone can play along!

Posted by Deepali at 7:02 PM 10 comments
Email ThisBlogThis!Share to TwitterShare to FacebookShare to Pinterest

The two I want to show here are of Ernest Hemingway kicking a beer can & Neil Gaiman with Chuthulu on his head. Click through for Colette, Proust, Mark Twain and others *grins*

Here are pics via Flavorwire

Posted by Deepali at 6:59 PM 2 comments
Email ThisBlogThis!Share to TwitterShare to FacebookShare to Pinterest

What happens if you try to ban a book

Posted by Deepali at 6:50 PM 0 comments
Email ThisBlogThis!Share to TwitterShare to FacebookShare to Pinterest

Review: Freaks of the Heartland by Steve Niles 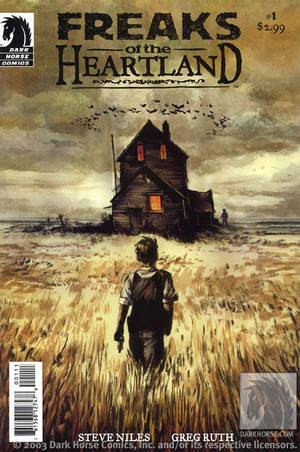 Grade A review of Freaks of the heartland by Steve Niles & Greg Ruth
Publication Date: July 11, 2012 (of the hardcover edition that collects all 5 stories. You can still elect to buy each part separately if you want to read right away)


Blurb from Goodreads: Under the weathered skies of America's heartland, and in the wounded hearts of every family in one tiny rural town, a terrible secret has been kept for too many years. Now, a young boy named Trevor must try to keep his younger brother Will from falling victim to the worst fears of a troubled town that can't begin to understand the tragic secret that binds its families together.


Pros: Exceptionally moving - Greg Ruth's images are so clear, each brush stroke stands out. These dark stories are best illustrated by the stark lines of each panel. A pervading sense of horror keeps you turning the pages, waiting to see what happens next!

I had to go back and read again from cover to cover the next day once the story sank in. The looming house in a grassy plain, the lone kid dreading his home - each picture just pulls you in.

Cons: None that I could find! If I had to nitpick, I'd say that categorizing this as horror might mislead some of us - this is a genre-transcending story.


I'd recommend this to: Especially for those who think horror is gory.


You can preview it here and buy it on amazon here.
Thanks to Darkhorse comics & NetGalley for the review copy

BRIEFLY ABOUT STEVE, the author:
"I'm a writer. I write comics, novels and films. I like reading, writing and watching Horror
I'm credited among other contemporary writers as bringing horror comics back to prominence, authoring such works as 30 Days of Night, its sequel, Dark Days, and Criminal Macabre."

Posted by Deepali at 10:39 PM 0 comments
Email ThisBlogThis!Share to TwitterShare to FacebookShare to Pinterest