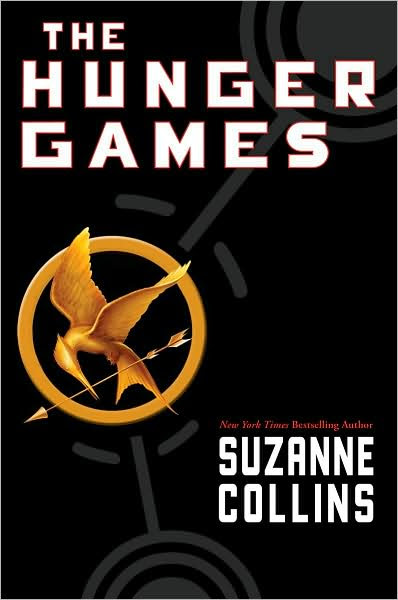 . Starring young  lethal Katniss, and set in a dystopian world, this series has swept the blogging world by storm since the first book was released mid-2010. Suzanne Collins managed to create a maelstrom of emotion among her readers via one of the best YA books I've read.
The three book series (The Hunger Games

,Catching Fire (The Second Book of the Hunger Games)

, Mockingjay (The Final Book of The Hunger Games)

) with its strong female lead, was quickly snapped up as a potential movie release, for 2012.

This weekend, Jennifer Lawrence has confirmed that she will indeed be playing Katniss Everdeen in the movie.
What's your take on this?
I know that there are tons of people out there who are right now creating their fantasy cast for The Hunger Games. Gale and Peeta, the two male leads, are probably the next biggest casting challenge.
Who would you cast as Gale and Peeta?
And if you haven't read these books, what are you waiting for?!

Posted by Deepali at 11:13 PM
Email ThisBlogThis!Share to TwitterShare to FacebookShare to Pinterest