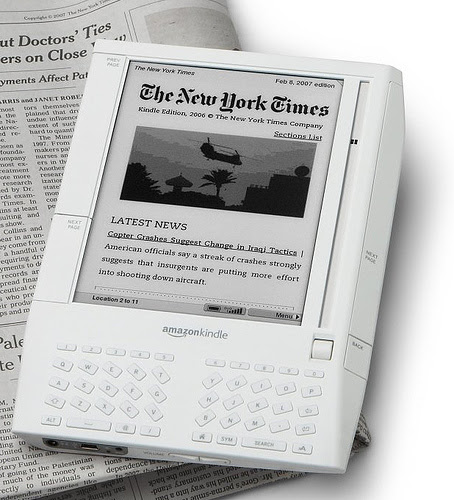 This week, the U.S. Patent office finally granted Amazon's ebook reader patent from 2006. While this might not in itself seem like news, what is surprising is that the patent granted is far more over-reaching than everyone had assumed. They also seem to have enough legal basis to sue the Barnes & Nobles Nook if they wanted to.
You can read a very detailed and encompassing analysis of the patent via Crunchgear.
What interested me here is that Amazon's patent covers the LCD being touch-sensitive as well. This pretty much hits most of their competition. So far, the war between the ebook readers has remained a price war. Will it turn into legal battles? What do you think?

Posted by Deepali at 7:13 PM
Email ThisBlogThis!Share to TwitterShare to FacebookShare to Pinterest